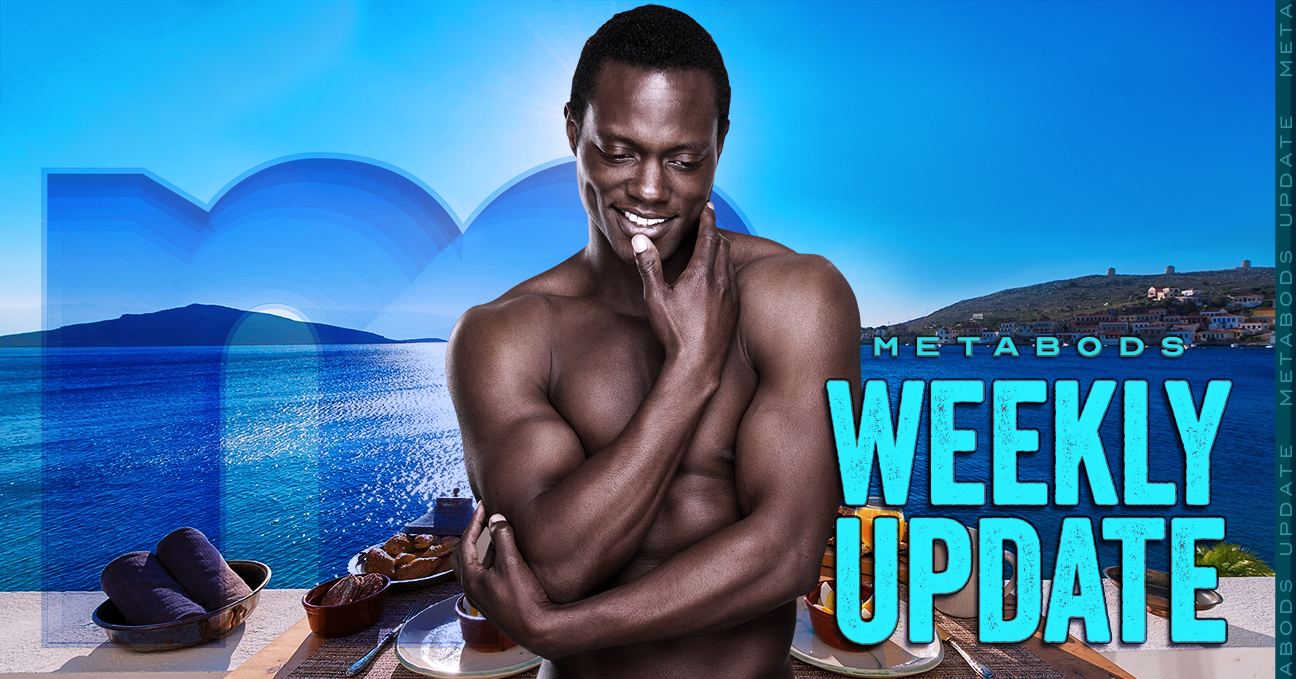 I
It’s time for another vignette party, which is where I write short(ish), one-scene(ish) stories based on suggestions from my honorable and worthy Patreonites. Except this time around I have so many I’ve decided I need to divide the festivities into two parts. You get the first half of the entries this week, namely “Basso Profundo”, “Tubecock”, and “Me Two”; and next week will be VP2, with the rest of the requested stories. Check ’em out, and let me know what you think. And as always heartfelt and humble thanks to all my supporters on Patreon for helping make this Metabods thing possible in my crowded life. You guys rock. Big and sincere thanks to the intrepid contributors, too, who choose to share their fantasies with the rest of us. Pretty spectacular.

In case you missed it (and I accidentally posted it later in the day than I intended, purely by oversight), yesterday’s Friday Flashback resurfaced the stories that were first posted to the site in January 2012. Americans like me are probably thinking those nine years have encompassed three very different inaugurations, milestoning some radically shifting eras in modern history. I’m very curious what the civics textbooks will make of it a century or two hence, and of (as Saavik once wondered) what is yet to come. (I had to massage my noggin for several seconds to figure out which stern, female voice was saying “And what is yet to come?” in my head in such an awesomely disapproving tone. I knew it wasn’t Pelosi. Mayim Bialik? Cobie Smulders? Romana (I or II)? Kuchiki Rukia, maybe? Or… no, Saavik! That’s it, it was Saavik. Whew. Hate it when something like that is bugging me…)

Next update, a.k.a. Vignette Partay Part Bay(ta), is a week hence, 30 January. In the meantime, thanks for visiting and enjoy the site.