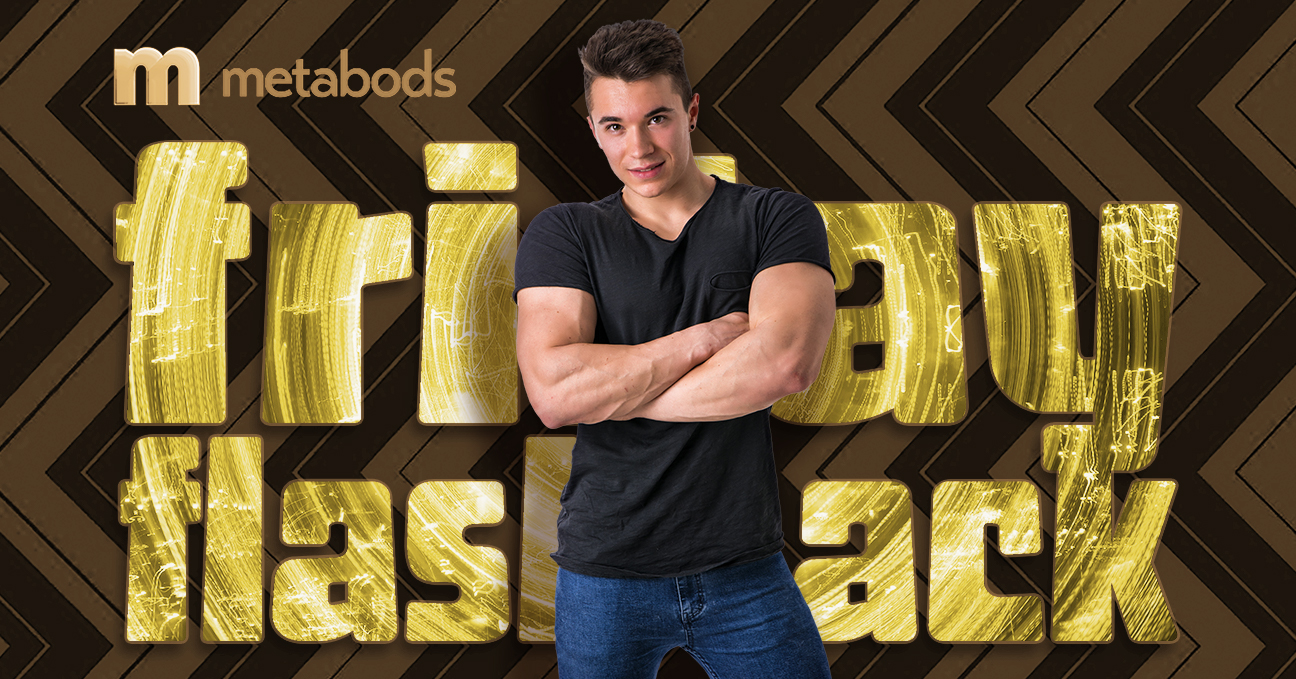 S
Sometimes with the Flashbacks, the cover image is not related to the story theme or detail I end up spotlighting that week. (When I did “multiple hyperwangs”, for example, I didn’t then start looking for a model who looked like he possessed such attributes. I might have, but the cover images show up on various platforms, some of which are G-rated, so I have to keep them reasonably tame. Plus, it’s more fun to imagine the guy in question has ’em but you can’t see ’em.) Other times I set up the story list and then go back and find a matching image. (With “gone clubbin’”, for example, I did the list and then went and snagged a hot-looking dancin’ boi. The Canadian-flag tee-shirt for “O Canada” was a fudge—I added it in Photoshop, in emulation of the real American-flag-tee-wearing model I’d used for the Fourth of July weekend post.) This week, the model inspired the Flashback: I did the cover image first, then looked at those arms and thought, damn, this week’s Flashback has got to be “bulging biceps”. One trip to the revamped search page later, I had a collection of resurfaceable stories that just happen to feature guys with big, beautiful guns (among other intriguing attributes). Hope you like.

The next update is tomorrow, 21 August. In the meantime, have fun exploring the archives, and thanks for visiting.