S
Seth was already home when I got there, relaxing in his briefs with his four big bare feet up on the coffee table. I couldn't get over how good-looking they were, which Seth understands; he knows his four big male feet turn me on. He had his front feet resting together, his right front foot comfortably resting sideways in the nook between the big toe and the second toe of his left front foot, his handsome, hairy legs piled together, with the front legs in amicable intimacy resting on top of his back legs. 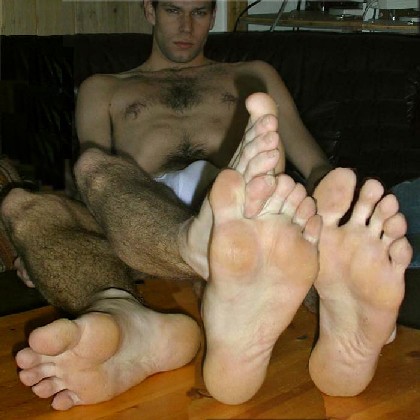 Vote on this story

What did you think of “Feet up” by Josh Dugan?